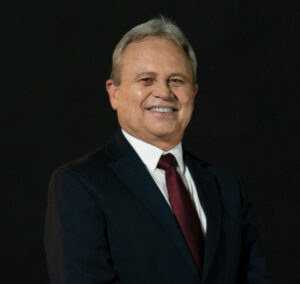 Colm Imbert attended the Abbey School, Mt. St Benedict and St. Mary’s College in Trinidad for his “O” and “A” level studies and the University of the West Indies, Trinidad, the University of Manchester, England, and the Robert Gordon University, Scotland for his university studies. He is currently a part-time student, by distance learning, at the University of London.

He is a qualified Civil Engineer and Registered Engineer with two degrees in Engineering and two postgraduate degrees in Law.

On August 10, 2020, Mr. Colm Imbert was re-elected for the ninth time to the House of Representatives as the Member for Diego Martin North/East in the 12th Republican Parliament. As of August 2021, he has served as an elected PNM Member of Parliament for over 30 continuous years and as a Cabinet Minister in six PNM Governments for an aggregate Cabinet experience of over 18 years.

He is also one of the most prolific debaters in the Parliament, having contributed to hundreds of debates.
For over 40 years, Mr. Imbert has also been serving Trinidad and Tobago and the Caribbean Region in his original profession of Engineering.

Immediately following graduation, with Honours, from the University of the West Indies, St. Augustine campus in 1979 he worked on several projects within the Caribbean Region as a Consulting Civil Engineer. While developing his practice and gaining experience he successfully pursued a Master’s Degree in Maritime Civil Engineering from the University of Manchester, England, and was formally registered as an Engineer in Trinidad and Tobago in 1986.

Mr. Imbert then transitioned into the academic world and lectured in Construction Management at the St. Augustine Campus of the University of the West Indies from 1985 to 1991. He also worked as a specialist consultant from 1990 to 1991 for the Food and Agriculture Organization of the United Nations (FAO) on Sea Defences for the Government of Guyana.

During the period 1995 to 2001, Mr. Imbert focused on the application of his knowledge and skills in Engineering as a Property Developer and Project Manager throughout the Caribbean Region. During his fourth, fifth, and sixth terms as a Member of Parliament, from 2001 to 2010, he once again served in the Cabinet as Minister of Health and Minister of Science, Technology and Tertiary Education, until he again resumed responsibility for the portfolio of the Ministry of Works and Transport.

After the General Election of 2007, Mr. Imbert took on the additional responsibility of Leader of Government Business in the House of Representatives and continued to build on his past performance in the Ministry of Works and Transport in the development of the country’s infrastructure. In 2010, in his seventh term as an MP, he went into Opposition for the third time, where he served as the Chairman of the Public Accounts Committee of the Parliament.

In September 2015, when the PNM once again regained the Government, Mr. Imbert was appointed Minister of Finance, returning as an MP for the eighth time and a Cabinet Minister for the fifth time. In 2018 he was elected Chairman of the PNM.

In August 2020, the PNM was returned to Government for a second term, Mr. Imbert was re-appointed as Minister of Finance, returning as an MP for the ninth time and a Cabinet Minister for the sixth time.

Professionally, Mr. Imbert is a member of the Chartered Institute of Arbitrators and the Energy Institute and registered with the Board of Engineering on Trinidad and Tobago. After leaving UWI in 1991 to pursue a career in politics, he expanded his knowledge base from engineering into law and taxation. In 2007, he attained a Master of Laws Degree in Construction Law and Arbitration with Distinction, and in 2016, he attained his third Master’s Degree, this time in Oil and Gas Law, again with Distinction, with a specialisation in Fiscal Regimes and Oil Taxation. Both of his specialised law degrees are from the Aberdeen Business School in Scotland. In 2020, he commenced a 3-year course of study at the University of London, which, when completed, will give him his fourth Master’s Degree, in Finance, with a specialization in Economic Policy.